The spine, also called the back bone, plays a vital role in stability, smooth movement and protection of the delicate spinal cord. It is made up of bony segments called vertebra with fibrous tissue called intervertebral discs between them. The vertebra and discs form the spinal column from the head to the pelvis, giving symmetry and support to the body.

The cervical spine consists of other anatomic structures including muscles, bones, ligaments, and joints. Normally, the cervical spine permits quite range of flexibility and motion, however it is susceptible to physical forces during traumatic injuries. This high range of motion encourages changes associated with spinal wear and tear or age. The cervical spine is prone to some disorders such as degenerative disc disease, cervical stenosis, disc herniation, spondylosis and rheumatoid arthritis.

Anterior cervical discectomy is an operative procedure to relieve pressure or compression on the nerve roots and/or the spinal cord because of a herniated disc (damaged disc) or a bone spur. Discectomy refers to the removal of total or a part of an intervertebral disc. This anterior cervical discectomy involves making an incision in the front side of the neck (anterior cervical spine), followed by the removal of disc material and/or a part of the bone around the nerve roots and/or spinal cord to relieve the pressure on neural structures and provide them with additional space.

After the anterior cervical discectomy, spinal fusion will be performed. Spinal fusion implies placing a bone graft between the two affected vertebral bodies encouraging the bone growth between the vertebrae. The bone graft acts as a medium for binding the two vertebral bones, and grows as a single vertebra that stabilizes the spine. It also helps to maintain the normal disc height.

Cervical disc replacement is a surgical procedure of replacing the diseased or damaged intervertebral discs in the neck region with an artificial disc to restore the motion of spine. It is considered as an alternative to anterior cervical discectomy and fusion. During the surgery, an incision is made on the front side of the neck, at the level of the damaged cervical disc. The disc space is opened and the damaged disc is removed and replaced with the artificial disc. The proper position of the implanted disc is confirmed by fluoroscopy. Then the incision is closed.

Cervical foraminotomy is an operative procedure to relieve the symptoms of pinched or compressed spinal nerve by enlarging the neural foramen, an opening for the nerve roots to exit from the spine and travel throughout the body. The neural foramen forms a protective passageway for nerves that transmit signals among the spinal cord and the rest of the body parts. Cervical foraminotomy can also be done through a minimal invasive approach. It does not require cutting and stripping the muscles from the spine region, unlike the conventional open spine surgery which requires spine muscles to be cut or stripped.

A cervical laminectomy is an operative procedure of removing the bone at the neck (cervical spine) region to relieve pressure on the spinal nerves. It can also be performed to relieve the symptoms of narrowed spinal canal known as spinal stenosis. Laminectomy refers to removal or cutting of the lamina (roof) of the vertebral bones to provide space for the nerves to exit from spine.

Posterior cervical laminectomy and fusion is an operative procedure to relieve pressure or compression on the nerve structures due to herniated disc, spinal stenosis or spondylosis. It is often performed for multilevel spinal cord compression from cervical spinal stenosis to decompress the spinal cord and nerve roots in the cervical region (neck region) of the spine.

Posterior cervical microforaminotomy/discectomy involves making an incision in the back side of the neck (posterior cervical spine) followed by the removal of disc material and/or a part of the bone that compresses nerve roots. 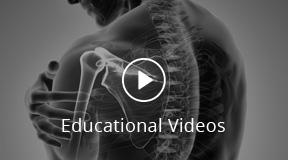